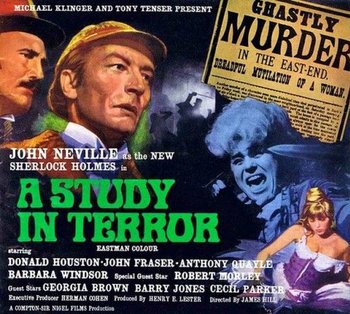 This is why we have superheroes. They fight the battles we can’t and they’re always out there, fighting evil and righting wrongs.

There are innumerable stories about Holmes vs the Ripper, but for manageability, this article will discuss four notable examples. The first is an episode from ‘The Adventure of the Thistle Killer’ from the 1954/55 Ronald Howard Sherlock Holmes television series. 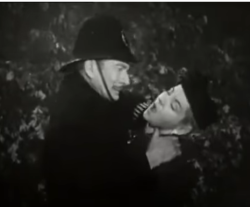 Although set in London, the series was mainly filmed in Epinay-sur-Seine, Seine-Saint-Denis in Paris, with establishing shots of the Houses of Parliament, Westminster Bridge, and the Embankment. Two cinematic films followed in 1965 and 1979, and in 2010 a fully dramatised audiobook.

A Study in Terror, starred John Neville and Donald Houston as Holmes and Watson.

The film was released in 1965 around the time of the original Batman series was first broadcast and the promotional tagline was ‘Here comes the original caped crusader!’.

One of the plot points has Holmes analysing a surgeon’s instrument case and deducing not only the identity of its owner, but the location of the pawnbroker’s shop from where it was purchased.

This leads to a memorable exchange between Holmes and Joseph Beck, the proprietor, when the implications of having sold a potential murder weapon emerge:

Beck: ‘That’s slander. Talk like that could get you sued -‘

Holmes cuts him off: ‘No, Mr Beck! Talk like that could get you hanged!’

The year 1979 brought us Murder by Decree, with Holmes and Watson played by Christopher Plummer and James Mason. The plot was based on the popular theory that the Ripper murders were in fact the work of zealous Freemasons.

This approach has been repeated in non-Sherlockian dramatisations of the Whitechapel murders, such as the 1988 mini-series Jack the Ripper, starring Michael Caine as Inspector Abbeline and From Hell.

The Freemason theory was explored again in the 2010 Big Finish audiobook adaptation Holmes and the Ripper, starring Nicholas Briggs as Sherlock Holmes. Murder by Decree opens with Holmes and Watson attending the opera. Watson is somewhat indignant the audience are booing the Prince of Wales. Holmes knocks out his pipe and remarks:

‘On the contrary, Watson. I prefer bad manners in the theatre to acts of violence in the street’. Watson quietens the crowd by calling out ‘God save the Prince of Wales’ to which Holmes responds: ‘Well done old fellow. You’ve saved the day!’

The four adaptations I have analysed have been selected for several reasons. They show the evolution of Holmes vs the Ripper. A Study in Terror came during what was arguably the golden age of horror films in the 1960s and early 70s.

The conspiracy theories outlined in Murder by Decree chime with the cynicism of the 1970s and possibly the same can be said of Holmes and the Ripper in the noughties. Each of these film/television adaptations is easily accessible on DVD/Blu-Ray in English (some versions are dubbed into French or have French subtitles). Holmes and the Ripper, however, is only available in English.

There are similarities and contrasts. In ‘The Adventure of the Thistle Killer’, the aim behind the murders is to embarrass the police, whereas in A Study in Terror, the motive and resolution are very different. As previously discussed, Murder by Decree and Holmes and the Ripper explore the Freemasons theory. However, across the four adaptations, there are areas of interest. 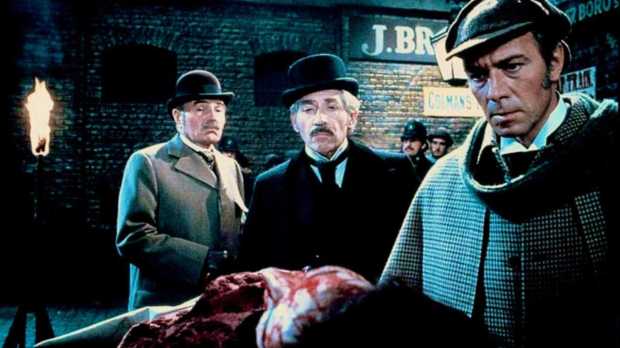 In both A Study in Terror and Murder by Decree, Inspector Lestrade is played by the same actor, Frank Finlay. Anthony Quayle is solid as the hardworking and conscience stricken Dr Murray in A Study in Terror and plays a somewhat blustery Sir Charles Warren in Murder by Decree. Quayles’ performance in the latter is as commendable as the scriptwriter’s characterisation is moronic.

And speaking of actors making multiple appearances in the Sherlock Holmes universe, Barry Jones played the Duke of Shires in A Study in Terror and the title role in the ‘Charles Augustus Milverton’ episode of the 1965 Douglas Wilmer series.

Conveniently for the plot, Inspector Abbeline is absent from both movies, which allows Frank Finlay as Lestrade room to play a slightly hapless second fiddle to Holmes’ virtuoso. However, in Murder by Decree, the ‘official’ police are reinforced with the enigmatic Inspector Foxborough, played by David Hemmings, who has very much his own reasons for assisting with the investigation.

Mycroft, Holmes’ brother, who at times ‘is the British government’ only appears in A Study in Terror, but what an outing Robert Morley has. The cleverest man in the government doesn’t suffer fools gladly and he crushes the Home Secretary: ‘I knew your predecessor. No doubt I shall make the passing acquaintance of your successor’.

Sharp eared Holmesians will also enjoy the extract from ‘The Bruce-Partington Plans’ the scriptwriters sampled into the dialogue, when Mycroft attempts to motivate Sherlock: ‘Never mind your usual petty problems at the police-court’. How many viewers spotted that?