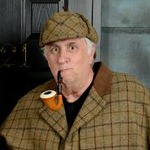 La Gazette du 221B : If I were …an Adventure of Sherlock Holmes?

-Howard Ostrom : Silver Blaze – It’s the obvious answer since I work at Ocala Breeders’ Sales and we sell
champion race horses. Also I’ve run into many a John Straker in my day.

If I were… a canonical object or place?

King’s Pyland, Dartmoor – I guess that’s where I’d be working then.

If I were…a quality of the great detective?

Cocaine – Occasionally when bored in my youth..

If I were…a canonical villain? 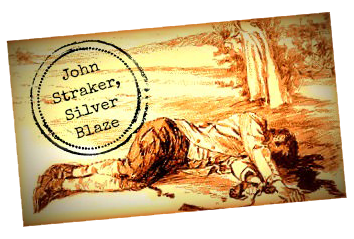 John Straker – We share common jobs and an eye for the ladies.

If I were…a canonical woman?

Irene Adler – gotta be ‘the woman’ nothing less…

If I were…an untold story?

The Nonpareil Club card scandal – why not, I’m a poker player.

If I were…a Sherlock Holmes movie or TV Show?

Torpedo Pirates (1918) Silent Film with Walter Stevens as Sherlock Holmes – the plot on this
movie is insanely funny..

If I were…an actor who played Sherlock Holmes?

Andrei Panin, the best Watson performer ever in my humble opinion..

If I were…an unanswered question in the stories?

Why didn’t I ever go after Jack the Ripper?

If I were…a scent, a color or a sound related to Sherlock Holmes?

Scarlet – as in “A Study in Scarlet”, or “The Scarlet Claw”.

If I were…a canonical quote?

I’m cheating by going to the modern Canon by Moffat & Gatiss for this one, “I might be on the side
of angels, but don’t for one second think I’m one of them. »

Can you tell a happy memory related to Sherlock Holmes?

Many of them. Perhaps the day I had my photo taken at the Holmes and Watson statues near
the British embassy in Moscow with my Irene Adler (Raisa Osipova) and two good friends
Alexander Orlov and Daniil Dubshin. With a close second going to the day I met Benedict
Cumberbatch.

If you could Meet Sherlock Holmes, Watson or Arthur Conan Doyle, what would you like him to tell you?

I would like to hear Arthur Conan Doyle say he was going to quit trying to catch ghosts and
going back to writing Sherlock Holmes stories.

Find the portrait in french here